The main benefits of increasing the value of your home

5 Decor Ideas That Can Make Your Tiny House Stand Out

How to Grow Masdevallia Orchids

Wall air conditioners are a great alternative to portable or window units, especially if you haven’t a window in the space you need cooled. Sometimes wall units are the only option. There are so many different brands and models available that it can get rather overwhelming shopping for one. If a wall unit is what you need, here is a list of the 4 best wall air conditioners available to purchase.

It is no surprise that Friedrich’s Kuhl Series has one of the best wall air conditioners available. This model has 7900 BTU and is Energy Star qualified for it higher EER rating. It has an EER of 11.7. It also is environmentally sound using R410A refrigerant and is loaded with amazing features. It has 4 fan and cooling speeds, a timer, and a remote control. It is also known to operate extremely quietly due to its commercial grade design. This unit has received phenomenal reviews from its customers. The only complaint seen was about its weight, seeing as it weighs nearly 100lbs. 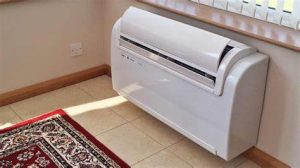 This unit is intended for smaller rooms with only 5200 BTU. Many people enjoy its quiet operation, high efficiency rating, and how inexpensive it was. It also has many great features, such as a 24 hour timer, a sleep mode, 8-way air direction, and it uses R410A refrigerant.

The Frigidaire FRA256ST2 has an extremely high cooling capacity. It has 25000 BTU and an EER of 9.4. It is Energy Star compliant because of its higher efficiency for this amount of BTU. Its features consist of a remote control, a 24 hour timer, an anti-microbial filter, 3 fan and cooling speeds, an auto restart function, and a sleep mode. It is also decently priced seeing as it has such a large capacity.

This Soleus model is able to heat and cool a room with its 10000 BTU capacity, making it great for year round usage. It receives many great reviews and doesn’t tend to cost a lot. It has 4 fan speeds, a 24 hour timer, an energy saver mode, a dehumidifier function, a remote control, and a reusable filter. The reviews on this unit tend to favor how well it can cool and heat a space. The con of it being that it is rather loud while operating. 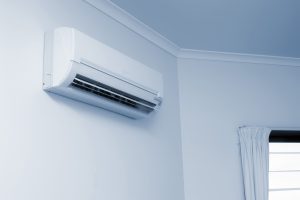 There are many good wall air conditioner models out there but these are some of the best. While the capacity you need may not be on this list, you can simply look at other models offered by the same brands listed above. In most cases, a reputable brand such as the ones listed, have more than one model that receives great reviews from its customers. Just know what you need and want out of a through wall air conditioner. Finding the best wall air conditioners doesn’t have to be hard and hopefully it’s as easy as choosing one of the units above.